We have lived here for almost 14 years now and we have largely ignored this ravine that becomes a riparian zone during the spring and fall rains. There are huge amounts of water that flow through this carved-out valley where we have just let nature do its thing. Yesterday, with snow on the ground, Bob decided to take me on a tour. The ravine runs about 40' to 65' wide in various areas and about 660' long - approximately .6 acres. 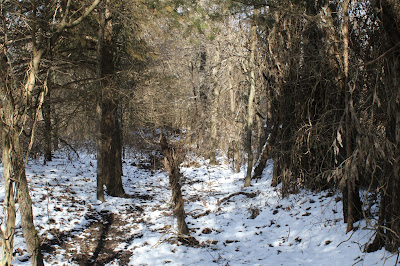 Since I had never explored this part of our property, it was like entering a secret, magical kingdom. Our two owls - the Great Horned Owl and the Barred Owl, frequently take refuge from the crows in the trees that have managed to survive here. As we walked though, my excitement of sneaking through a new magical forest quickly turned to dismay. We found the mother-lode source of the invasive Japanese honeysuckle problems we've been having. As well as the likely 'mother' green-briar plants that are producing all the berries that the birds are planting all over the property. While green-briar is native, it can still be viciously wicked with all its sharp spines.

Today, since the weather was still cold and the ground still frozen, we decided to go in armed with a hatchet, limb cutters, trimmers and other tools and make a brutal assault on the honeysuckle. In this corridor, the green-briar and the honeysuckle have apparently teamed up to support each other and this is going to be a brute force project to remove it all.

To the south- that is currently a 'no-fly' zone, as the still-green honeysuckle is intertwined with the multi-flora rose and I just didn't have the energy to go that way. 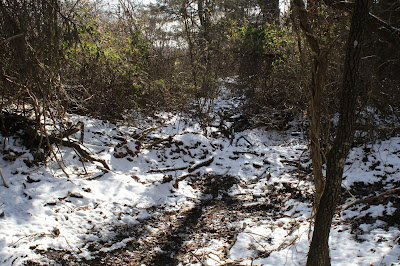 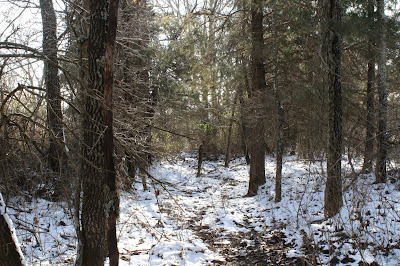 We cut all the vines at the bottom - it was disappointing how many trees the honeysuckle has already strangled here. For some, the thick mats of honeysuckle vines and the canopy of leaves they created over the top of the trees proved too much and a lot of the trees had succumbed. We didn't bother pulling the vines down (yet). It was enough to know that we've exacted a toll on them for now. 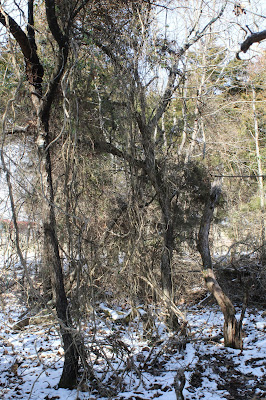 It was bewildering at times to even know where to begin. 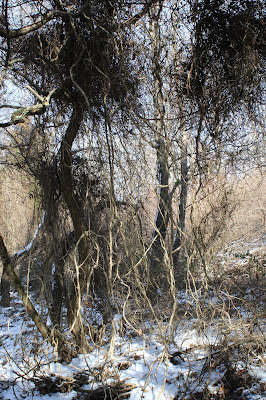 We think this is either an ash or a cherry tree, with an almost equal-sized vine of poison ivy growing up the trunk. Can you spot the poison ivy? 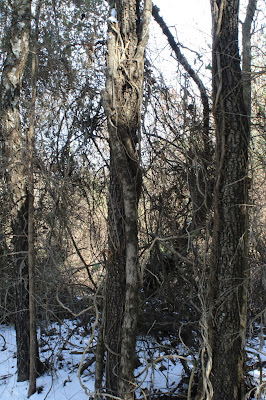 See the picture below - the poison ivy is outlined with the white box. Unbelievable. Well, given my reaction to poison ivy...it can stay. For now. 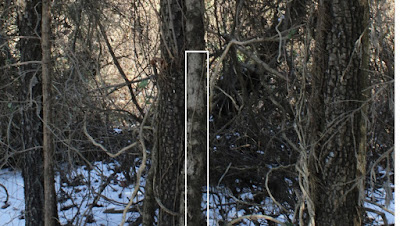 This looks like something from an Indiana Jones movie. Or maybe a Tarzan movie. I'm hoping that we killed vast swathes of honeysuckle that is choking out the canopy above by cutting these off. 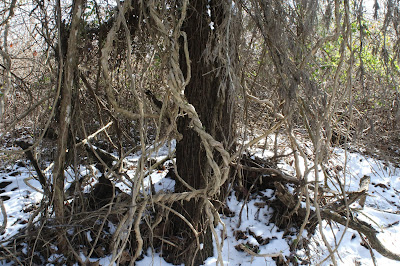 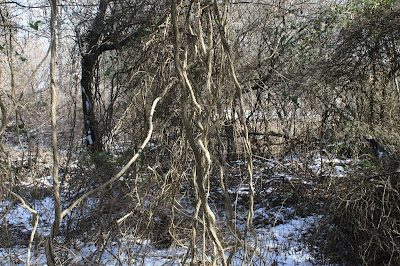 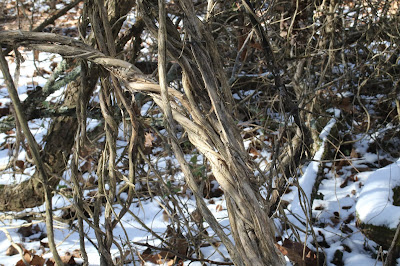 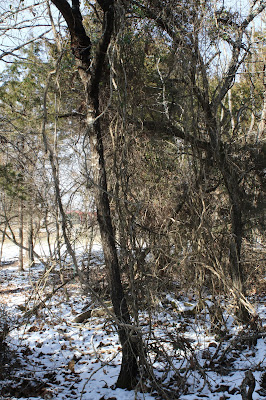 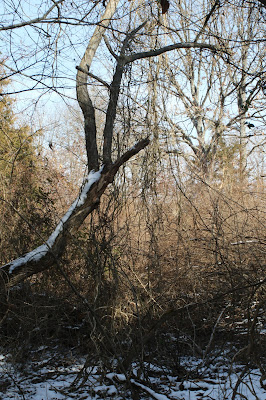 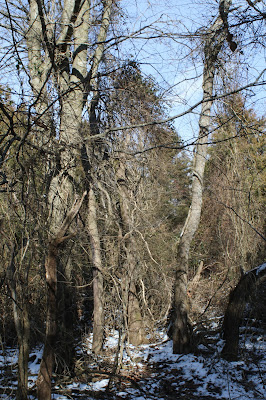 I think I need a machete. 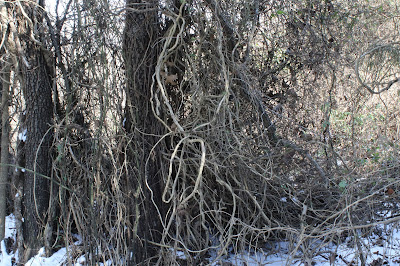 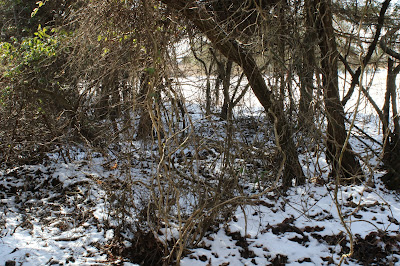 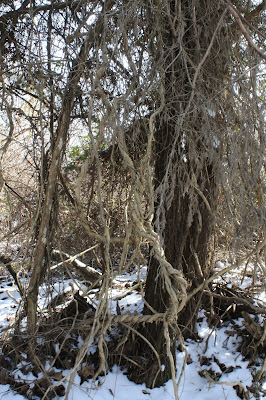 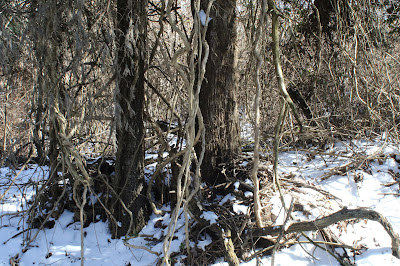 One example of how the Green-briar and honeysuckle have teamed up against me. I swear they know I'm coming; they tense up and when I cut them, they snap and fly by my face ...as if that would stop me. 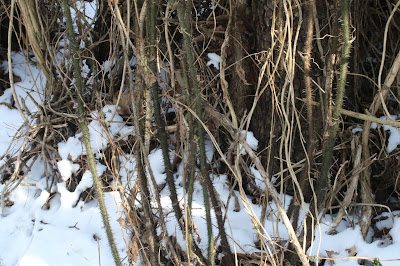 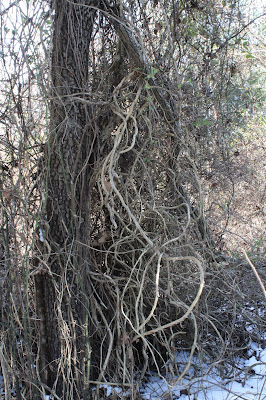 We have other projects that we haven't finished yet, and I'm trying hard not to be distracted by this new issue. But, if you want to relieve your stress, whacking your way through this kind of mess is one way to do it. We still have more to do in here, but at least now we have a passable path through. At some point, we will get to do the fun part - figuring out which native plants we can use to restore this area.

I'm usually not someone to cry 'UNCLE', but we may have to call in reinforcements for the rest of this.