As the weather is warming, I'm beginning to notice more insects out & about here in Missouri. The most annoying one being the ticks that have become active now. From a bird's eye view, it doesn't look like there would be much food out yet for the insects and small butterflies I've been seeing.
But to see, one only needs to look closer.
Drive down any road in Missouri right now and you will see a beautiful hue of purple on each side of the road.  To many people's surprise, it's a WEED, but each plant has a terrific cluster of flowers in early spring.
It's called "Henbit" and it's part of the mint family. And while it's a non-native weed, it is not a serious one because its roots are so shallow and it fades before other native wildflowers being to grow, making it a nice 'cover crop'.  I tried to rid my yard of it a few times, but I just gave up after I realized, 1) the insects like it and 2), it fades rather quickly.  Additionally, it is an edible plant and may be eaten as a potherb or added to spring salads.
Dandelions:
The lowly dandelion has come a long way. This plant is native to Eurasia, but was known to Arab physicians in the early Middle Ages for its herbal properties in aiding digestion. It is thought that dandelion was first introduced into North America in 1620. Seeds transported onboard the Mayflower were planted in the colonies as a food crop, with dandelion leaves providing a source of vitamins and minerals for early settlers. (Source: https://ipm.missouri.edu/MEG/2019/3/dandelion/)

The petals are so perfect right now:

Among our other blooming plants right now is the fragrant sumac. This is a native plant to Missouri and is not a weed, although it does look like one. It is a thicket-forming shrub, growing mostly in the shade or at least near other trees. And if you look really close, you will see why the bees, flies and butterflies are flocking to it in droves right now. It has the cutest, tiniest blossoms! 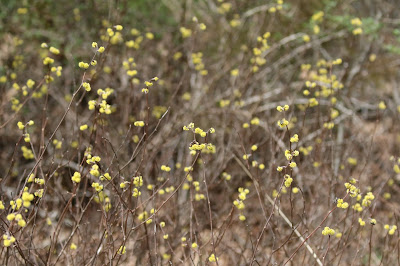 In the "Blue" butterfly species, I found a Boisduval's Blue on the fragrant sumac today! Score! 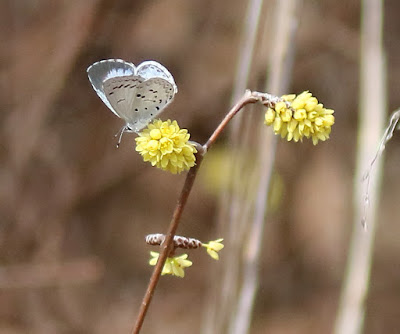 Among other insects I found on it, there were tons of flies. Not sure what type these are, but there were lots of them. 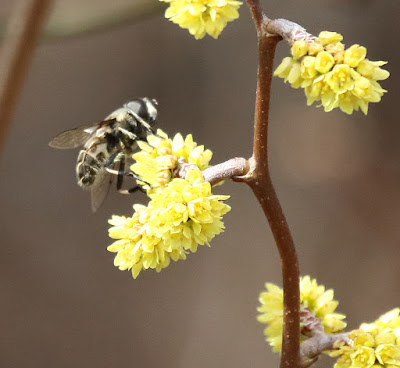 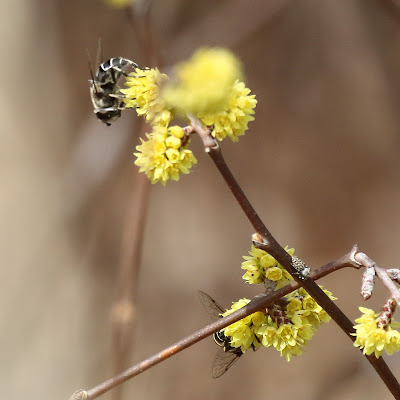 This Red Admiral found the fragrant sumac quite attractive too. 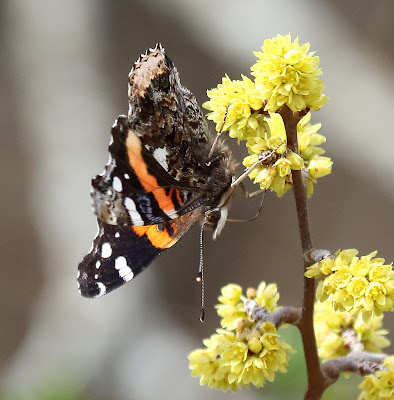 The plums are also blooming - they are a big hit with my honeybees and the bumblebees! 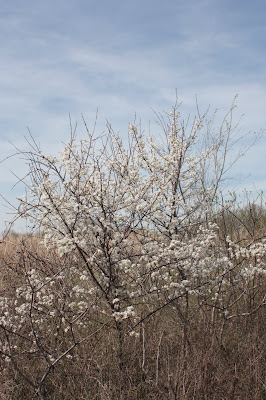 But, the biggest show-off is always my Indian Paintbrush. It doesn't look very bright yet as it hasn't reached full bloom.  In a couple of days though my fields will be bright red. And it's starting to spread to other places where it wasn't even planted. That was a nice surprise. 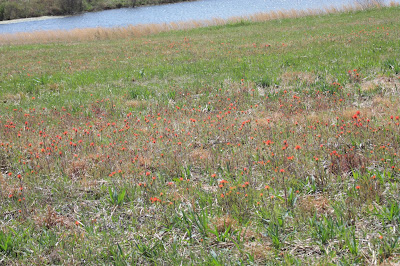